An instrument used to investigate surfaces. A small probe consisting of a very small chip of diamond is held just above a surface of a sample by a spring-loaded cantilever. As the probe is slowly moved over the surface the force between the surface and the tip is measured and the probe is automatically raised and lowered to keep this force constant. Scanning the surface in this way enables a contour map of the surface to be generated with the help of a computer. An atomic force microscope closely resembles a scanning tunnelling microscope (STM)  in some ways, although it uses forces rather than electrical signals to investigate the surface. Like a STM, it can resolve individual molecules. Unlike a STM, it can be used to investigate nonconducting materials, a feature that is useful in investigating biological samples. 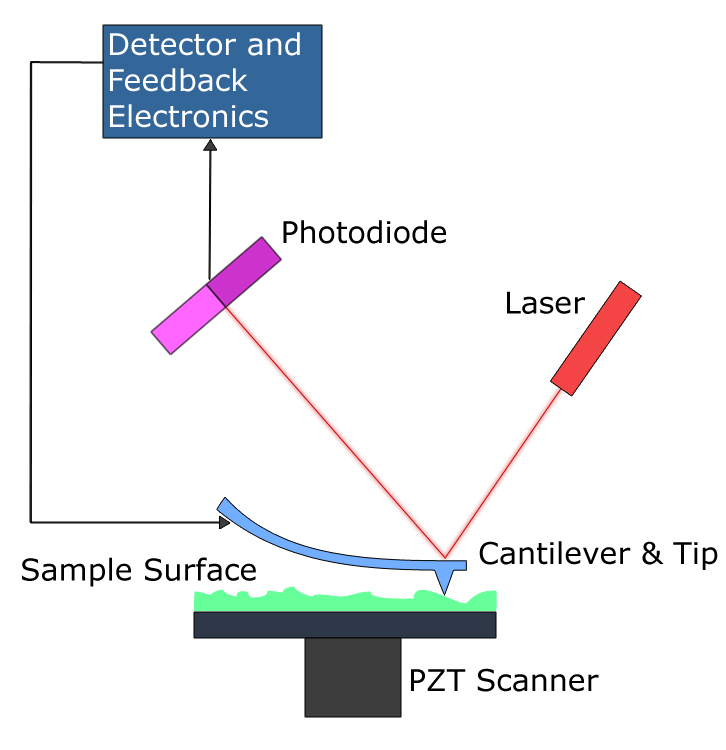